Well, I haven't worked on this thing in quite some time.  That's a good thing!  I've been busy at work, but we all got out for an adequate number of family camps this summer anyway!  The Egg is everything I hoped it would be and, despite a few annoying details, I'd consider the project a success.

One small, quick  addition was the bunk-bed.  "A bunk-bed?  But there's no room in such a tiny space!"  Ah, but there is, if the bunk-bed is for someone quite tiny! 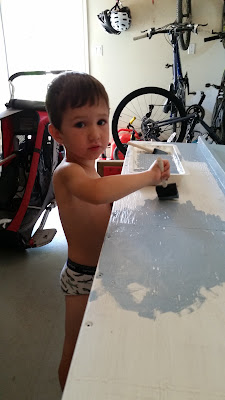 And the finished product.  It was Terri's idea, after a couple of nights of sleeping on the same plane as a floppy fish who snorts and kicks in his sleep.  It allows our feet to fit under and Fin to have his own little hidey-hole, at least until he's taller than 5 feet.  At that point he can construct his own shelter out of stick and leaves or something: 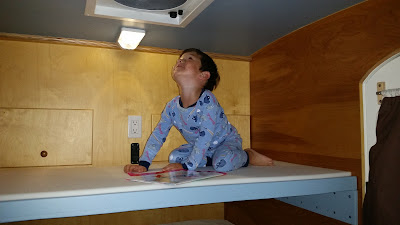 In other times, the thin mattress could be removed and the bed can function as a table.  I actually really like it -- it makes much better use of the limited indoor space, and doesn't cramp things up at all.  Guess who else is pretty thrilled with this idea? 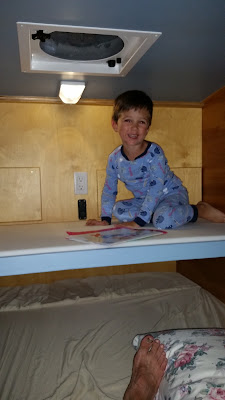 Throughout the summer, we got out for 6 trips, spent 15 nights in the egg, and drove it a total of about 1500km.  It was an unusually rainy summer, which leaves the Egg sorely wanting for a reasonable tarp setup.  We did our best, like this arrangement outside of Revelstoke, but it really needs something quick and permanent: 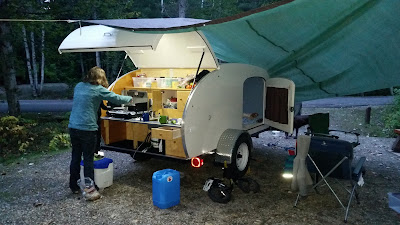 Whatever they're cooking, it looks exciting: 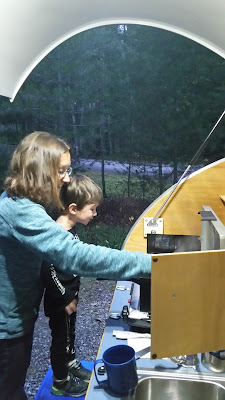 The glow-in-the-dark skeleton jammies were fun, until it became obvious that they frightened the wearer more than anyone else.  At least he's got a great bunk-bed to be terrified and grumpy in: 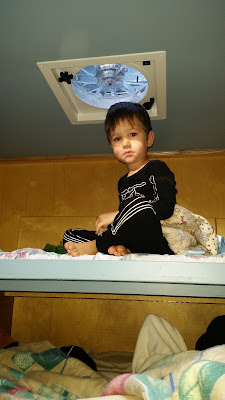 Time for the yearly kid-and-dad camping adventures!  Here we are, enjoying the apres-labour-day peace and quiet in the Shuswap: 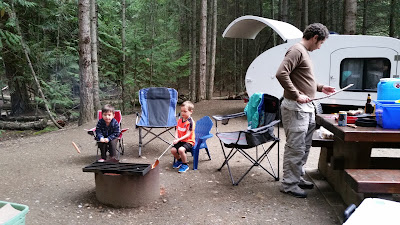 That's right!  That's Captain Matt Smith, of the sister project Silly Goose.  The boat turned out tremendously, and I'm a little miffed that I don't earn the title "Captain" after all my hard work.  Here he is, adrift on a windless day, but sailing nonetheless: 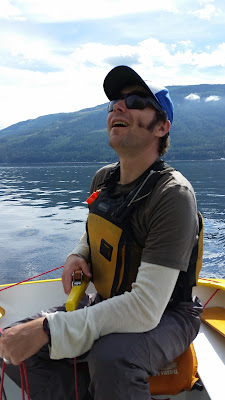 Gathering firewood in the Silly Goose was a great chore for the short people: 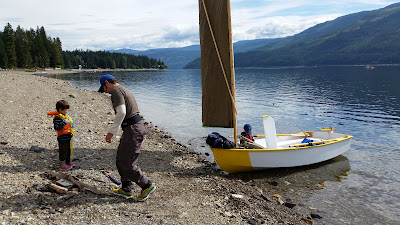 And here's fathering, in a single image.  The kids are around somewhere: 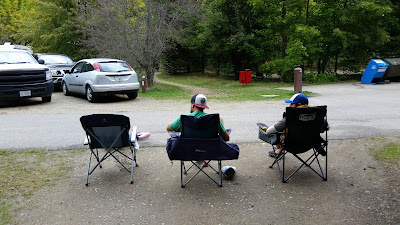 Night-time brought s'mores and a Lord of the Flies type of organisational structure amongst the kids and a fort in the woods.  There was sugar spilled in the Egg, which failed to impress: 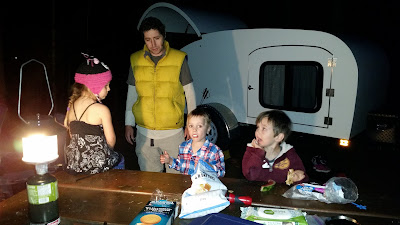 But here's what it's all about: 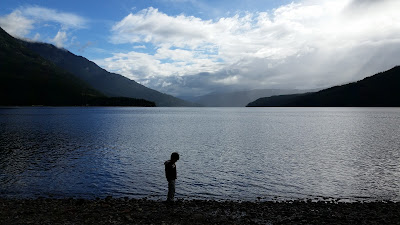 That's my child hidden in the bushes, reverting to the life of a savage: 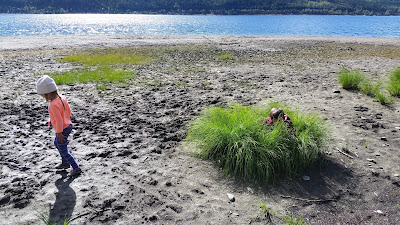 The last trip of the year was the best one, I think.  Exactly what the Egg was made for -- a quick overnight in late October, when the campsites were empty and the weather would have been cold on a tent.  It was an easy, quick overnight, and it was everything I'd dreamed: 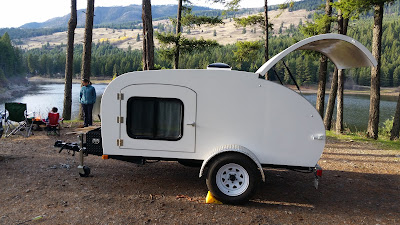 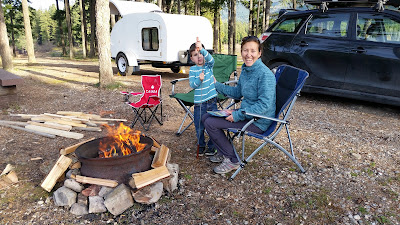 A nice end to a camping season! 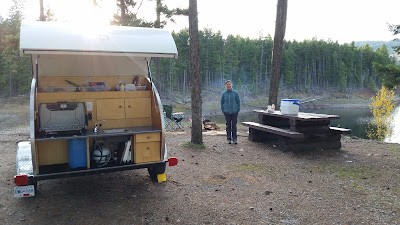 There are still a few things that I'm hoping to fix.  God knows when I'll have the time:
But it works!  And we had fun!  Now to spend the number of hours using it that I did building it ... hmm, could be awhile ... !